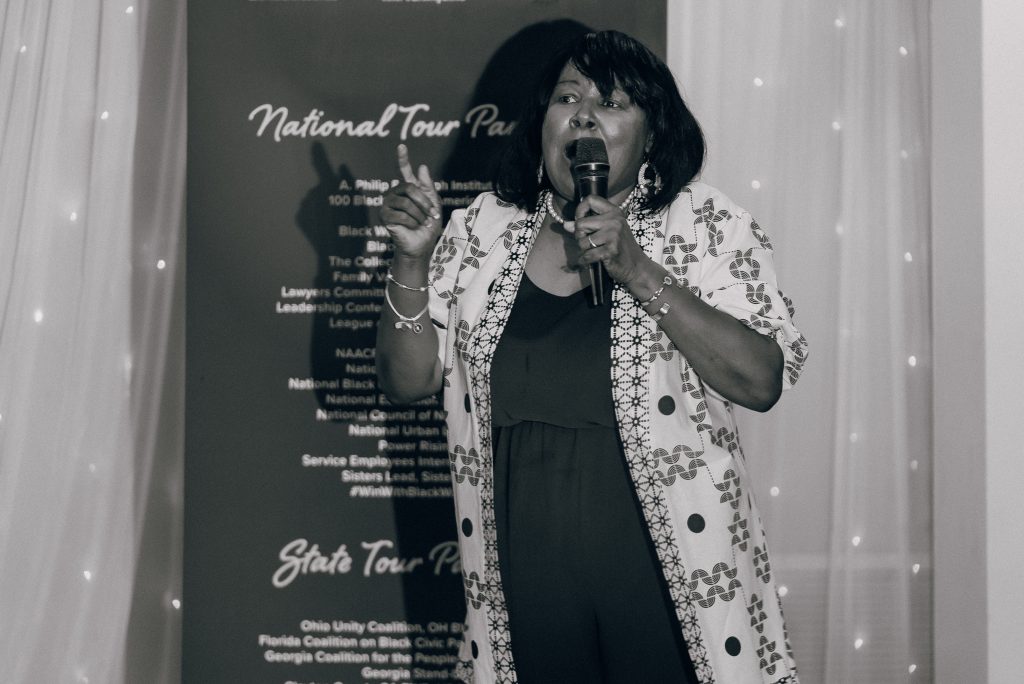 I am thankful for the national resurgence of a conversation about paid sick leave. Even President Biden stated publicly that this important, lifesaving benefit should be universal, so that every worker has access. Despite public outcry, Congress didn’t include paid sick leave as part of the contract resolution between rail worker unions and industry employers. I thought about so many workers who struggle each day without time to care – there are 33 million workers in this country who don’t have a single paid sick day. And most rail workers still have  no paid sick days but the fight isn’t over.

The news hit home for me. I remember babysitting for my Aunt Pat when she worked for Amtrak. Her daughter had severe respiratory health issues requiring Aunt Pat to call out frequently. I could hear my mother and Aunt discussing the lack of paid sick days and how frequently she had to take off to care for her daughter and go without pay – risking job loss. It was clear to me that my Aunt felt she was the only one who could care for her daughter when she was sick. Now, as a parent, I get that.

I’m grown now, have raised my own family and live in a different state but decades later, workers are still dealing with the same choices. This came to a head in 2012 when Orange County activists tried to secure paid sick days at the ballot. We had collected enough signatures but the business lobby and local corporations coordinated a theft of the process resulting in a loss for the families who struggle each day without paid sick leave.

Fast forward to today, the same railroad executives who earned $21 billion in profit over the last nine months, largely by reducing staffing and placing downward pressure on all workers, still sought government intervention to deprive workers paid sick time. Years ago, some of these same billionaires sued to ensure that rail workers would be excluded from the Massachusetts paid sick time law afforded the rest of the state when voters approved paid sick days at the ballot.

The constant denial of paid sick leave is unconscionable. Everyone should have job-protected, paid time off but right now 33 million people lack a single paid sick day and have to choose between caring for themselves or family members and going to work sick. This was a deadly choice for Americans to make during the pandemic – and looms heavy over our society as we face uncertainty regarding our third winter with COVID, the Flu and RSV.

If elected officials have time to care: paid sick days and paid family and medical leave, then, their constituents should have it too. As a mother, a union member, a taxpayer and a constituent of Senators Rubio and Scott, I do support the Amtrak and other rail workers in their fight for paid sick days and paid family and medical leave because life without leave policies is just too hard resulting in health crises, economic disaster and unnecessary strife, especially for people of color who are less likely to have access.The following policy solutions will support the rail workers and all of us who deserve equitable access to paid time off!  A healthier society demands that the Administration revise the Paid Sick Days Executive Order 13706 by lifting exemptions for rail workers giving them parity with other Federal Contractors. Finally, Congress must pass the Healthy Families Act with no exemptions ensuring a minimum of seven paid sick and safe days for all workers. Our ability to fight pandemics, care for our families and maintain healthy, safe workplaces depends on these basic steps. We can do it America!

Article from the Hill “Black leaders and civil rights groups on Friday...

After 233 years, a Black woman is finally nominated to be the next U.S. Supreme Court Associate Justice.